Thanks to the dedication and cooperation from all of our stakeholders.

ARC Europe Group leads, operates and coordinates the best in class roadside assistance network worldwide, it is imperative that a singular standard of leadership be broadly communicated within the Group. Additionally, we believe that all our stakeholders, regardless of whether they are assistance partners, subsidiaries or shareholders, they can interact among themselves and enhance our leadership each and every day.

ARC Europe Group Board of Directors

The ARC Europe Group Board of Directors consists of the top Executives & CEO’s of our shareholders, which are the major automobiles clubs in Europe. Effective & diverse leadership is key to ARC Europe Group’s success and will be even more important, as ARC Europe Group continues to adapt our business, in order to achieve success in an ever changing world on a global scale. 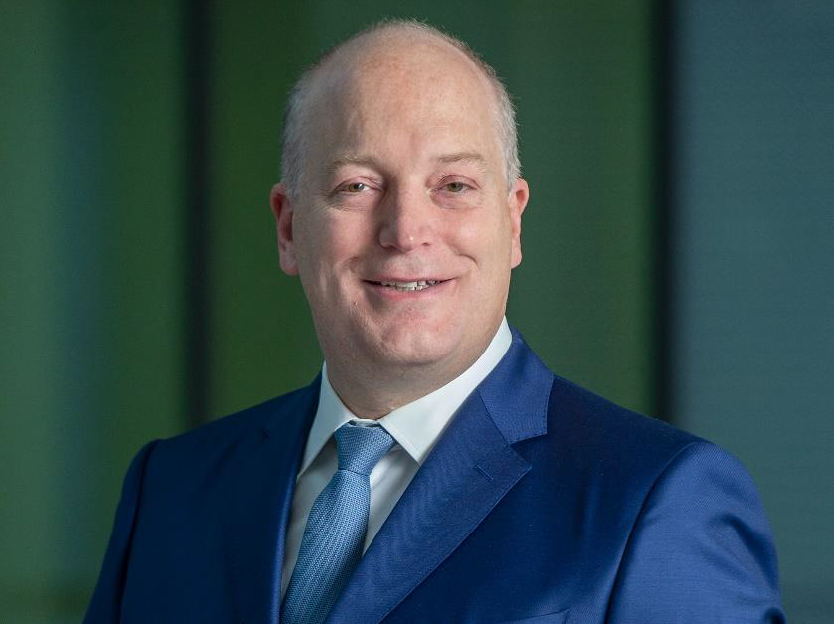 ARC Europe Chairman of the Board
ADAC SE – Executive Board Member
ADAC, Germany

Claudius Leibfritz is a member of the Executive Board of ADAC SE (Munich), a public company under European law offering mobility, health and home-oriented services and products to ADAC members, non-members and B2B customers.
Besides, since June 2022 Claudius is Chairman of ARC Europe (Brussels) which is an industry reference in B2B Mobility Services, powered by the best in class Automobile Clubs and Assistance Partners. The Group Shareholders are: ADAC (Germany), AA (UK), ANWB (Netherlands), ACI (Italy), ÖAMTC (Austria), RACE (Spain), Touring & TCS.
Previously, among other things, Claudius spent more than 5 years as CEO of Allianz Global Automotive (Munich) and was also a Member of the Board Management of Allianz Partners (Paris).
Claudius qualifications are a master’s degree in Business Administrations and a PHD in Finance and Controlling. 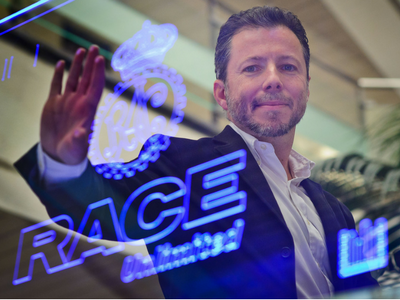 Currently CEO at the Royal Automobile Club of Spain (RACE), a Telecommunications Engineer by Trade and holding a General Management Program by the IESE Business School, Jorge is an international executive specialized in business turnarounds and has been at the helm of the transformation of the Club that has taken place over the last four years.

Under his tenure, RACE has gone back to significant membership growth after a long period of decline, thanks to the introduction of a revolutionary 21st century offer, the principles of which were shared at the 2016 FIA General Assembly in Paris, the Region I Spring Meeting in Tunisia and the 2016 & 2015 FIA Universities.

Furthermore, in just three years, the Club has moved from 8th place to becoming the largest roadside assistance organization in Spain with more than 8.000.000 customers, delivering 50% turnover growth and 435% EBITDA increase.

Prior to RACE, Jorge has held several senior leadership positions in blue-chip multinationals including:

He has also led the renaissance of RACE’s involvement in Road Safety, achieved through either world class partnerships (like the RACE-Red Bull Young Drivers Academy) or by the introduction of Road Safety as part of the CSR initiatives of Large Corporations. (Gas Natural, with a project spanning 21.000 employees, and bringing business to clubs in Colombia, Uganda, Kenya, South Africa, or Moldova, is a good example).

Passionate about Motorsports, – and further to his current roles in RACE and the Jarama Race Track, – as Head of Lucky Strike for Europe he had strong involvement with the BAR (British American Racing) – Honda Formula One Team, and as the Manager for the Fortuna Brand he was directly responsible for the Fortuna Racing Team MotoGP and 250cc Sponsorship Programmes.

His governance experience spans 10 years, currently in the Boards of Directors of several organizations including RACE, GER, UNACSA, RASISA, ASEGURACE and ARC Europe. He has also had the honour of serving in the Board of Directors of British American Tobacco Iberia, (with significant exposure to the regulatory authorities) the Commercial Management Board of British American Tobacco for Greater Europe and holding the Chairmanship of Team Technologies S.L.

Having lived in several countries across Europe, Jorge is currently based in Madrid (Spain) happily married to his lovely Czech wife – also a recognized international executive – and two children. 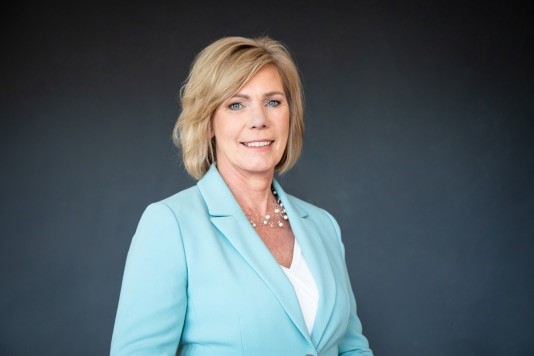 ARC Europe Member of the Board
ANWB Chief Executive Officer
ANWB, The Netherlands

Marga de Jager (1968) is CEO & President of the ANWB as of April 1st, 2021.
Marga started her career at ANWB in 2006 as head of B2B. In 2011 she became director of the Emergency Contact Center. She has been part of the statutory board of ANWB since 2014, responsible for all club activities, customer data and digitalisation.
In addition, Marga is a member of the Supervisory Board of the SWOV Institute for Road Safety Research, member of the Board of the Dutch Motor Vehicle Guarantee Fund and member of the Advisory Board of the Dutch Cancer Society.
Prior to joining ANWB, Marga held several senior management positions within Leaseplan The Netherlands including that of manager Procurement.
Marga has a background in chemical engineering and completed several executive courses at the Erasmus University (Rotterdam) and Columbia University (New York). 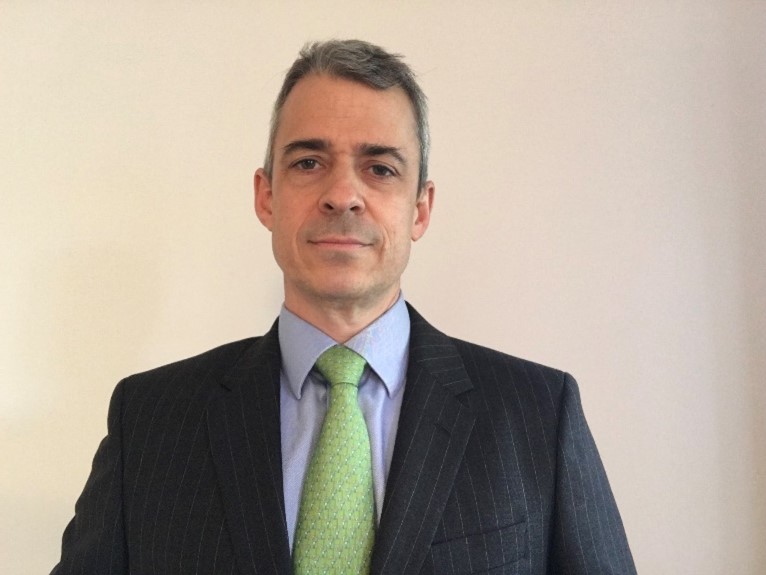 ARC Europe Member of the Board

Earlier in his career, Jakob spent time as a consultant for McKinsey & Co and at Goldman Sachs International.

Jakob has a background in physics, including a Doctorate and Masters in Theoretical Particle Physics from Oxford University. 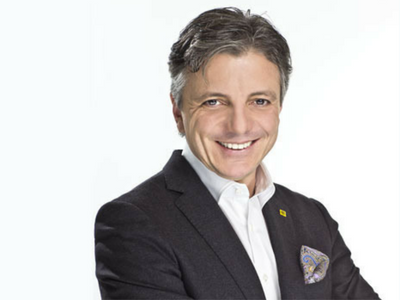 DI Oliver Schmerold, born in 1969, graduated at the Vienna Technical University in 1995 and started his career as head of the Information & Telecommunication department of the Austrian consultancy agency for the European Research & Development programmes. In 1999 Schmerold started working for Alcatel-Lucent, where he gained experience in four different divisions, the latest being Vice-President of the vertical markets services division located in Paris. In January 2011 he was appointed CEO of the Austrian Automobile Motorcycle and Touring Club, ÖAMTC. 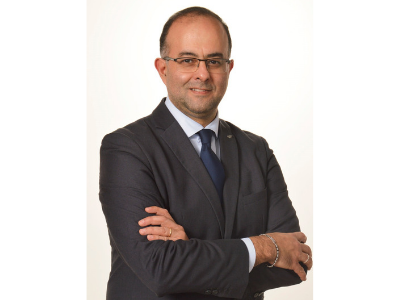 Currently CEO of the ACI in house company ACI Global SpA, the Assistance Company owned by ACI (Automobile Club d’Italia). Member of Board of Directors of ARC Europe and Europe Net.

Previously Chief Operation Officer at ACI (2016-2018), Director of Car Sharing Business Unit (2014-2016), Director of Mobility Information at ACI Global Spa and Member of Board of Euro NCAP until 2013.

In the period 1998 – 2013 has been working at ACI as Programme Manager in the fields of Traffic Information, Consumer Testing, Road Safety, developing new assessment/awareness campaigns (eg. EPCA for pedestrian crossings) and services (under the brand “Luceverde” for Traffic Info).

Author of several publications and speeches in the above domains. 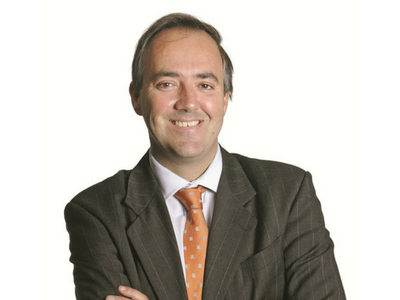 Belgian nationality, born on the 23 September 1966 Married, has three children. 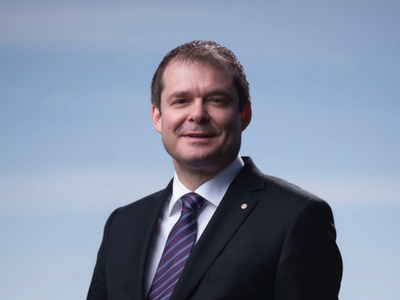 Dr. Jürg Wittwer is CEO of the Touring Club Suisse, the leading automotive club in Switzerland with 1.5 million members. Next to providing road side assistance, the club is a leading force in all aspects of todays individual mobility – from providing cargo bikes to teaching road safety at schools and to providing driving trainings at its centers. The Touring Club Suisse also a major political voice participating in shaping the future of mobility in Switzerland. Dr. Wittwer was appointed ARC Europe Board Member on October 5th, 2016.

He completed his studies at the University of St. Gallen with a doctorate. During and after his studies he worked as a freelance journalist. In 1995 he was appointed assistant to the Executive Director of ELVIA Travel Insurance Group, world’s leading travel insurance provider. In 1997 he took over as head of the subsidiaries in Spain and Portugal and, in 2000, he was appointed member of the board of directors of the USA and Canada subsidiaries. On returning to Switzerland in autumn 2002 he took over as CEO of Mondial Assistance (Switzerland) the leading provider of consumer speciality insurance and assistance. In 2010 Jürg Wittwer joined the executive board of Allianz Switzerland as head of distribution of all channels, managing a sales force of over 1000 representatives.

In addition to his activities at TCS, Jürg Wittwer is involved in the field of education with presentations and lectures on the subject of intercultural communication and, among others, has lectured at the Virginia Commonwealth University (Richmond USA), the Lucerne University of Applied Sciences and Arts, the International Institute of Higher Education of Morrocco and the Executive School of the University of St. Gallen. He authored the book “I am the Monkey” on managing in foreign cultures.

Jürg Wittwer (born 1967) is married, father of two children and lives in Geneva. He grew up in the Bernese Oberland and in Burkina Faso (West Africa) and today likes to spend his leisure time with his family in the mountains and in renovating their mountain chalet. He is also an accomplished photographer dating back to his time as journalist.

We use cookies to ensure that we give you the best experience on our website. If you continue to use this site we will assume that you are happy with it.Ok